As from April 26th 2010 Le Grand Baldew N.V. and Buscovery Tours Inc. have been certified in the newest quality management system  ISO 9001:2008.

This visit and appraisal were carried out in an external audit and approved by (the) lead auditor Rob van Waes of the international certification office Det Norske Veritas. This institution is supervised by  the International Council for the Accreditation, through which the certificate is worldwide recognised. The certification process  have lasted almost six months and was accompanied  by Lead auditor Ritesh Bissumbhar of consultancy office Bissumbhar. With regards to the services which Le Grand Baldew N.V. and Buscovery tours Inc. offer  in the region, particularly Surinam, Guyana and French Guyana as well as the daily transport of persons and goods, from the rest of the world, this certificate ensures the guarantee of quality.

According to Wilfred Baldew, member of the managementboard, it is the recognition of many years’ quality which the company already provides.

As from 1964 Le Grand Baldew is in the process of lifting  transportation of persons and goods in and outside Surinam to a higher level.  Earlier,  transportation overland  characterised itself by longer travel times because of the poor infrastructure.  Passengers with destination Albina  in the east of Suriname, first had to travel with the boat to Moengo, to drive further through  unpaved roads and hilly areas. A breaktrough came after completion of the East West connection in 1964, which reduced the travel time, and  improved the quality of the transport tremendously.  Also the connection with French-Guyana, driving tourists overland to Cayenne and the space centre at Kourou, became possible.  With the introduction of the road to West Suriname and Pokigron in the 70’s,  the infrastructure improved  and  place opening took up..

The civil war in the 80’s  during which the East West connection was destroyed , was one of the  companies  major depth points.  Transportation  over land in the eastern part of the country, became  impossible which  brought  moments of uncertainty for the future of the company . In the 90’s  with the convalescence of the political situation, the confidence recovered and further development of the company started to regain. Resolutely and firmly it was worked there for a future venture. The identity of the company eventually became the success to observe the position which answers now.

Because of the globalisation Le Grand Baldew NV has developed a certain vision as from the year 2000. We were, as it happens, faced with the large flow of tourists who visited our country. This formed us a large and still constant  challenge to meet the requirements of the tourists from Europe and America. Taking this into consideration, it was decided  to establish a  company that would  focus on tourism in particular. Buscovery Tours is responsible for all  incoming tourism acticities of  Le Grand Baldew.

On a considerable number of routes we want to offer a consistent and  reliable product against attractive prices for the corporate and private sector. To be able to reach this, we invest in luxury touringcars, train  our people and strive for a durable relation with our customers. The strategy which we have used to be able to realise the development, was achieving the ISO-certificate. The challenge is eventually to gain maximum customer satisfaction. Tourists become more critically constantly, require high quality against best prices. By the many changes in the world of today,  tourists choose their destination  where they can enjoy their holiday in a safe and comfortable manner. With the further increase of the number of tourists that is visiting Suriname , arise chances of developing the company further. 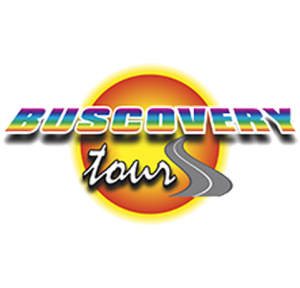